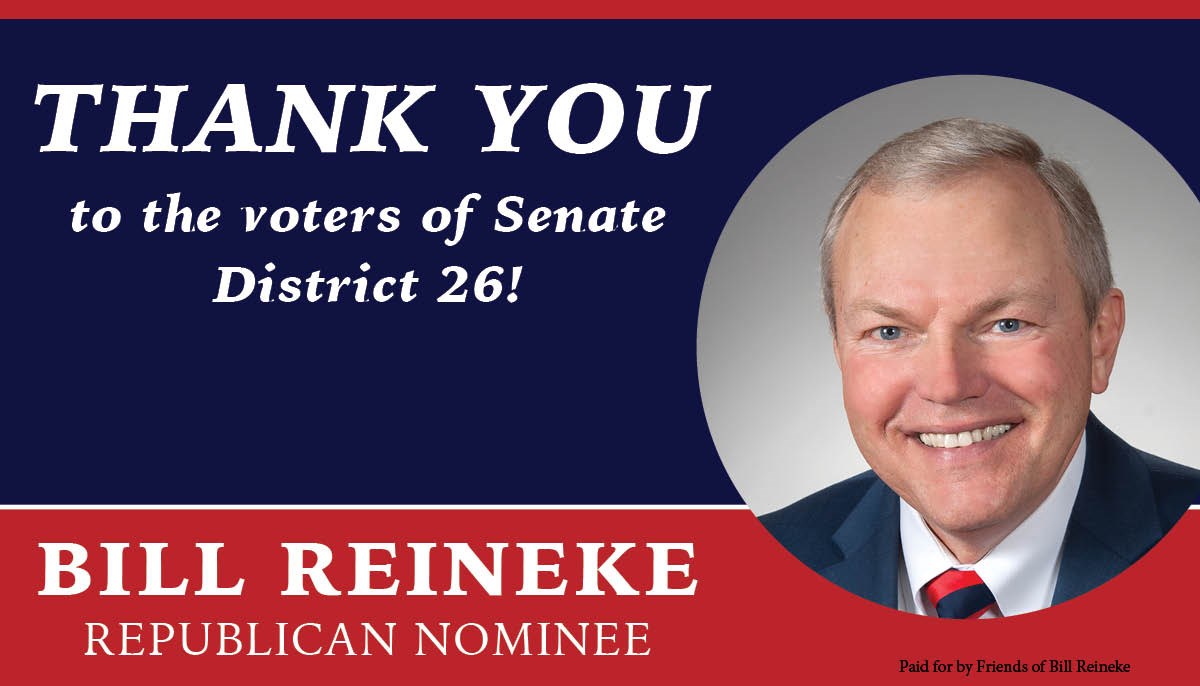 State Rep. Bill Reineke cruised to a comfortable victory in the Republican Party primary for the 26th District seat in the Ohio Senate.

Reineke, a Seneca County car dealership owner, collected 64.8% percent of votes cast in the district to defeat Union County business owner Melissa Ackison by 11,237 votes (24,599 to 13,362), according to the unofficial tally Tuesday.

Absentee ballots will be accepted until May 8. They must be postmarked April 27 to be counted.

“I want to thank the voters for their confidence and trust that they have placed in me to be the Republican nominee for Ohio’s 26th Senate District," Reineke said in a prepared statement. "I have thoroughly enjoyed representing the great people of the 88th House District since 2015 and appreciate the support of so many constituents that have collaborated with me to accomplish great things for Seneca and Sandusky counties.

"I look forward to continuing that strong collaboration with the citizens of all seven counties in this district to continue to bring a great deal of focus on conservative solutions to our most pressing issues."